An HMRC Tax Enquiry That Just Wouldn't Go Away!

An HMRC Enquiry That Just Wouldn't Go Away! 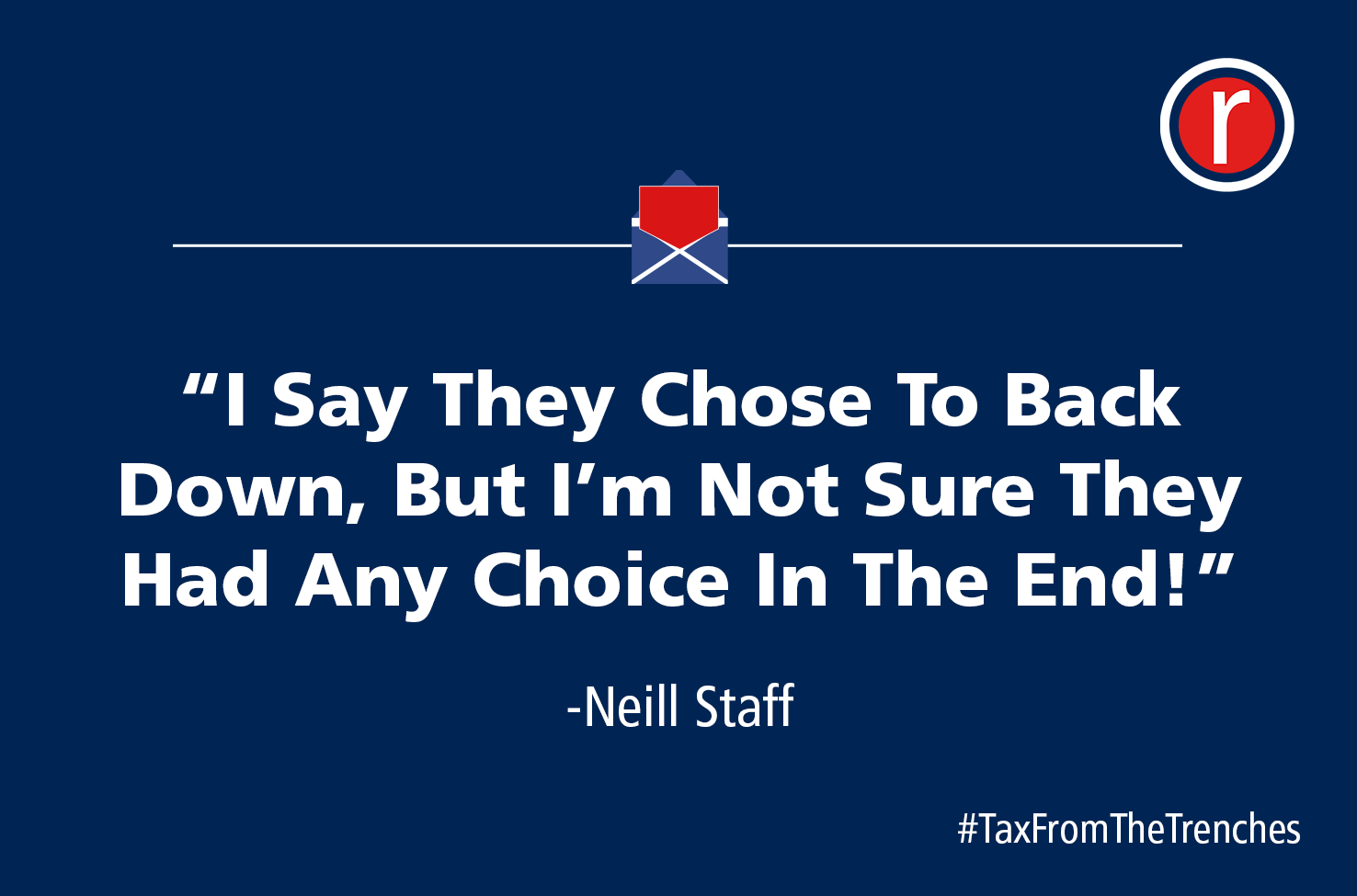 There is no better feeling as a tax professional than to let a client know that a long-running tax enquiry has been concluded! The feeling is even sweeter when the HMRC officer has been on what I can only describe as a “Grail-quest” to prove that the client had been paying off-record wages in his various businesses. Finally, after two years of madness, the officer chose to back down and closed their long-running enquiries without any additional tax arising.

I say “chose” to back down, but I am not sure they had any choice in the end! The officers had made such a ‘pig's ear’ of the cases that, at various stages over the last two years, we had made a formal complaint to HMRC, and we had taken appeal against an information notice to the Tax Tribunal and won.

For those of you who read my articles, you will know that I am not a practitioner who looks to bash HMRC at every opportunity. There are many capable officers in HMRC who do an excellent job and the majority of the enquiries and employer compliance reviews that I am involved with are dealt with without any problems. My ‘bugbear’ is inspectors who have a driving determination to prove some form of tax fraud in cases where nothing is wrong.

The circumstances of this case are that the client got divorced several years ago and his ex-wife made several very public accusations about her ex-husband’s supposedly shady tax dealings. In her divorce papers, she specifically accused him of dealing in cash and paying his staff “off the books” - and we know for sure that she delivered the divorce papers to HMRC. It was only a matter of time before our client received an enquiry letter, the only surprise was that it was a series of employer compliance (EC) reviews into the client’s businesses rather than a direct enquiry into his companies or self-assessment return. At this stage, I had no problem with HMRC’s approach.

HMRC is duty-bound to consider all manner of information it receives and is perfectly entitled to check the accuracy of a taxpayer’s accounts and returns. HMRC appointed three different officers to deal with the three different EC cases and, over the course of a month, we went through the usual opening letters and meeting on each case, confident in the fact the business operated PAYE correctly and there were no issues with off-record wages, benefits in kind, or any reimbursements that might be taxable. Within a few months, the officers seemed to be running out of questions and we expected the cases to be closed.

The officers really should have closed the cases at this point! They had conducted a thorough check but should have realised that there was nothing untoward and that the information they had from the ex-wife was malicious. Unfortunately, like wasps at a picnic, they simply would not disappear, and the tone of the letters started to become more aggressive and accusatory. It started with requests for more and more information that was not connected to the purpose of an EC review. When we objected to the nature of the information being requested, the officers arranged for supplementary VAT checks to be opened so that they could secure some of the documents via this route. We played along to a degree and a few months later the VAT officer closed the VAT cases confirming that everything was legitimate.

The letters carried on with continuing suggestions of off-record wages despite there being no evidence. The most ridiculous letter we received included an analysis of business cash for a twelve-month period which suggested a discrepancy of £79. The officer went on to say that this was evidence of unaccounted-for cash that he would be assessing as off-record wages. At this point, I should mention that each of the client’s businesses has 20-30 employees and a combined annual turnover of over £4m. I remember speaking to the officer on the phone trying to control my irritation, desperately wanting to point out that letters like this give HMRC a bad name and make all the compliance staff at HMRC look a bit silly, although I decided against this. I remember saying I would accept an assessment for £79 off-record wages and the client would pay the tax of around £15 just to close the case. Admittedly I was being somewhat facetious, but the officer simply replied that he would “keep going until he found the proof he needed”.

This was the low point of the case when you realise the HMRC officer has lost the power to be objective and their judgment is flawed. A “grail-quest” is the term I use for HMRC officers who inexplicably lose the power to rationalise or become obsessed with a case without good reason. I spoke to the officer about the information I knew was in his possession and suggested he re-review this with fresh eyes to see if it might be malicious. It would be different if the officer and his colleagues had found something wrong, but they hadn’t found anything. There was nothing to find! The officer wouldn’t admit to holding any information, which is understandable, but I left him with a parting comment about not trusting all third-party information provided by human sources particularly ex-spouses!

After a short delay, we received yet another request for information and documents spilling back into years well outside the period of review. In response, I appealed the information notice and send a letter of complaint to HMRC. Unfortunately, this complaint was not upheld which was a huge disappointment. The complaints officer had little or no grasp of what information and documents an officer is entitled to see and I suspect he prepared his response based on a brief provided by the EC officer. Nevertheless, we continued with our appeal against the information notice which we eventually won at the Tribunal.

Scroll forward to May 2021. The main case had been quiet for many months and the other linked cases had been quiet for nearly a year. As with sleeping dogs, it is sometimes tempting to allow sleeping HMRC cases to fester, on the basis that lengthy delays can sometimes work in your favour. However, in these cases, I felt more incensed than usual and decided a more direct approach was needed. I duly fired off three separate emails to the various EC officers pointing out the delays that had been experienced and summarising the numerous holes and misconceptions in HMRC’s cases. Two weeks later I received three separate emails from the EC manager saying that each case would be closed with immediate effect. Thank goodness for someone with a bit of common sense! I have to say that I genuinely have a healthy regard for HMRC with most of its staff and the function it serves. I also have a healthy dislike for HMRC officers who disregard the rules and attempt to bully or intimidate people with oppressive behaviour and officious letters.

The lesson for today must be that if you get an enquiry letter from HMRC, or you are embroiled in an ongoing case and the HMRC officer is being unreasonable, for goodness' sake do not just go along with it! Speak to a tax expert before providing HMRC with a ‘skip load’ of information and records that they might not be entitled to. Sometimes HMRC gets it wrong and sometimes HMRC officers overstep the mark. When this happens, you are more than within your right to challenge it.