Tax From The Trenches: Avoid Silly Mistakes And Hire An Expert Accountant Now!

Tax From The Trenches: Avoid Silly Mistakes And Hire An Expert Accountant Now! 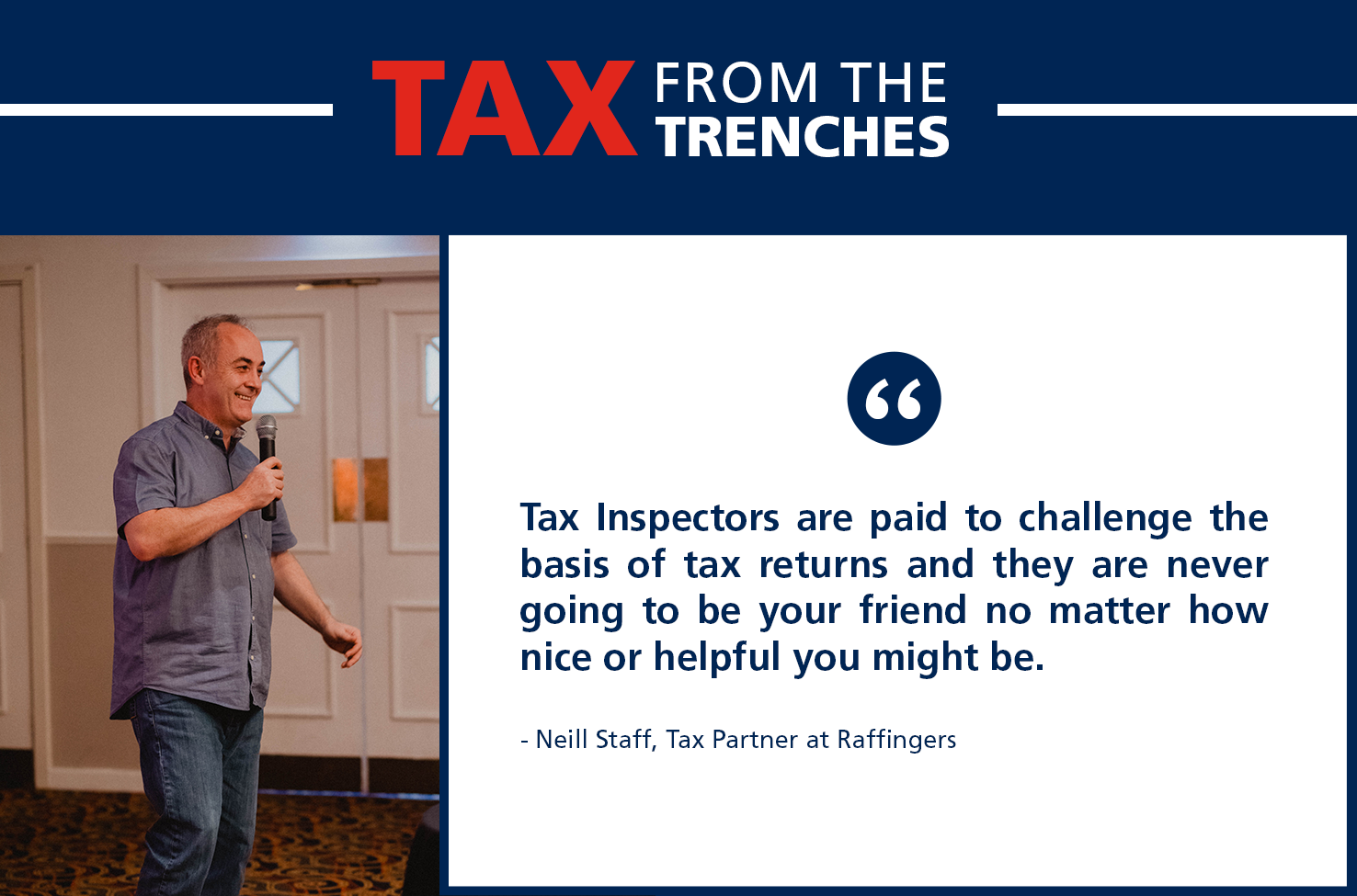 I have recently taken on a case where the client completed his own tax return and ended up making an array of mistakes.

Our client, who we’ll call Paul, did his own tax returns for a number of years. He had a PAYE day job and rental income from 2 residential properties. Paul received a letter from HMRC enquiring into his most recent return, and asking him to confirm a few details:

The inspector also asked about the PAYE expenses and suggested Paul provide HMRC with his last 3 years' bank statements.

The inquiry letter was issued correctly and a lot of what HMRC was asking for was ok, but the request for bank statements was inappropriate and incorrect. In addition to this, questions about how the property purchases were funded in the earlier years should not have been asked. A decent accountant would have known that. The client, firmly believing he hadn’t done anything wrong, rang HMRC as soon as he received the letter and had a series of lengthy conversations with the inspector - who Paul described to me as being very chatty and very friendly. After three or four calls with HMRC, and after the inspector had obtained Paul’s story, he received an information notice for all sorts of information based on his conversations with HMRC, not all of which related to the tax return under inquiry.

Paul initially admitted to me that he felt a little betrayed by the inspector. He thought they had developed a good understanding, bordering on a friendship, and the notice made him realise that the inspector had simply been out to obtain as much information as possible. I must admit that I struggled not to laugh or roll my eyes when he said this. Tax Inspectors are paid to challenge the basis of tax returns and they are never going to be your friend no matter how nice or helpful you might be. The trouble is that Paul ignored the information notice together with the initial penalty for failing to comply. He then ignored the daily penalties that followed and only took notice of the assessments and closure notice that had recently been issued. The inspector had concluded that none of Paul’s rental expenses were allowable and that he would be raising assessments for the last 6 years on the same basis. In total, HMRC was looking to assess around £25,000 in tax together with a penalty of around £6,000.

I agreed to take on Paul’s case and, after reviewing all the correspondence and familiarising myself with the case, I spoke to the inspector dealing with the enquiry. He wasn’t a bad chap by any means, but he’d clearly assumed that the £31K settlement was done and dusted. He told me there was no question of him agreeing any sort of expenses because the client had the opportunity to respond to the information notice and chose not to do so. It was too late now and his decision stood. We could appeal and ask for an independent review, but he could guarantee his decision would be upheld and our only alternative would be to go to tribunal!

I am possibly making this sound a little harsher than it was explained to me, and this is not going to turn into an HMRC bashing blog. Inspectors will always much prefer to deal with an accountant rather than an unrepresented taxpayer, mainly for this sort of reason. Inspectors don’t want to be ignored and eventually, they will make a decision to close a case by disallowing expenses or taxing income simply because they have no alternative to move forwards. The issue I had with this case was that the information notice issued to Paul was really cumbersome (57 questions) and most of the details were not even connected to the tax return under inquiry. There were also some procedural and technical problems that rendered the notice invalid. The more I spoke with the inspector, the more entrenched he became in his position. I had the feeling he was banking on the yield - in this case, to make his annual figures look good and he would be damned to give it up without a fight. Eventually, I asked for a senior officer to review the case to see if we could move forward without the need for late appeals, complaints, and independent reviews.

The strange thing about Paul’s case is that his tax returns were not particularly wrong. He had claimed a few costs that he shouldn’t have because he didn’t know they were allowable for tax. Conversely, we found some additional costs which Paul didn’t realise he could claim for. The net result was a shortfall of about £1,000 in profits for the tax return under inquiry and a tax bill of around £200. His mistake was to contact HMRC without knowing what was going to happen and failing to prepare for the calls. It always strikes me as strange that if your car goes wrong, you take it to a mechanic; if your electricity goes wrong, you ring an electrician. But as soon as someone gets a letter from HMRC, suddenly people want to save money by doing a bit of tax DIY. A good accountant would have responded to HMRC on Paul’s behalf, provided the relevant information, agreed to some nominal adjustments, and avoided the whole episode of information notices, assessments, and penalties.

I rang the senior officer later that morning. He was a nice guy - very much old school. He immediately accepted that the case had ended up somewhere that just didn’t feel quite right, the information notice was incorrect, and he is now arranging to vacate the penalties. We are in the process of providing some supporting documents to the inspector and, with the manager’s verbal agreement, the assessments will be vacated when the information is received. All of this could have been avoided if Paul had gone to an accountant when he received his letter!

If you have any further inquiries, don't hesitate to email me at neill.staff@raffingers.co.uk or click here.