Tax From The Trenches: Not You Again...

Tax From The Trenches: Not You Again... 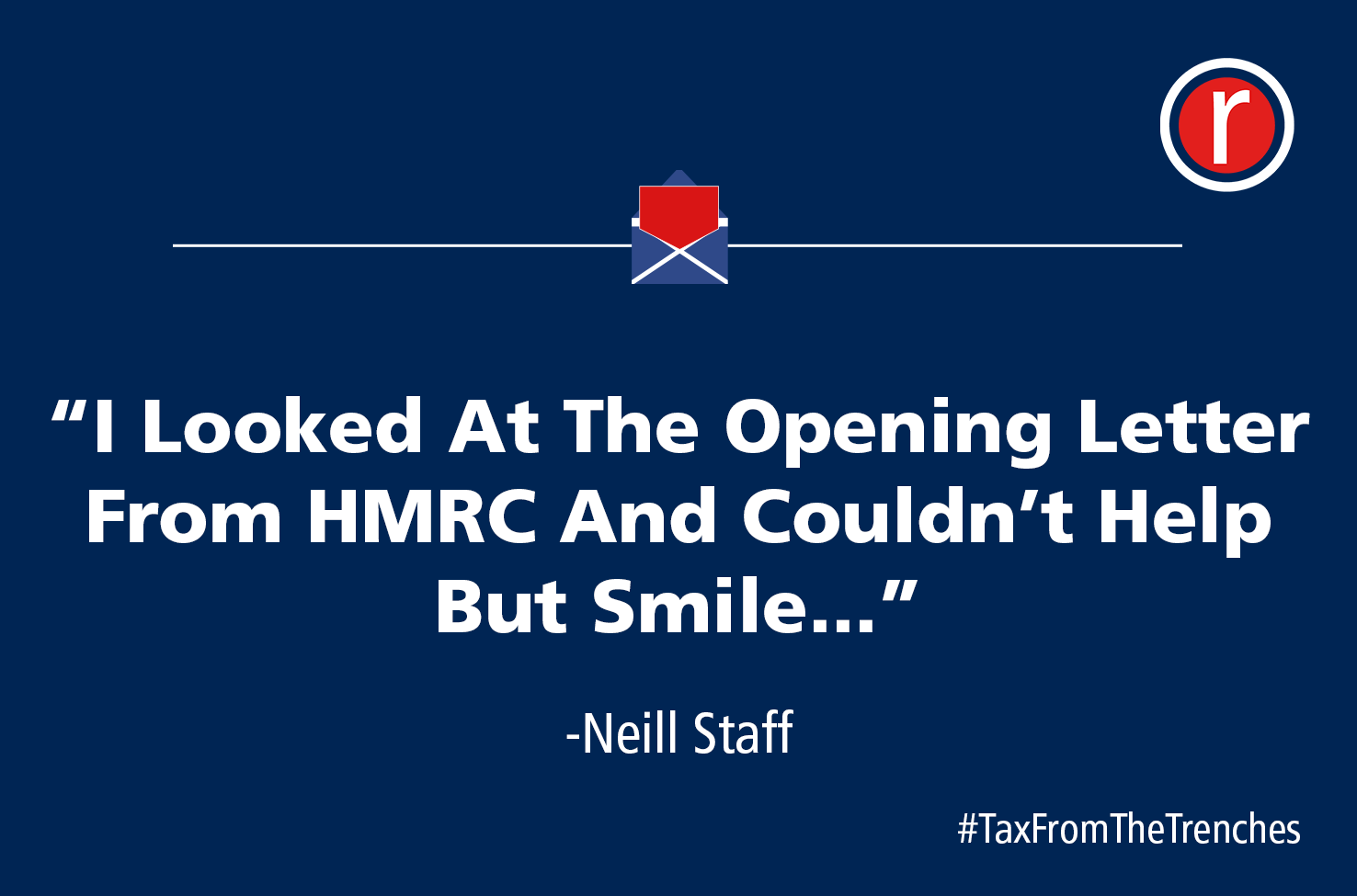 Let me start by telling you right now that January is never the best time of year for tax accountants.

No matter how well you plan, and no matter how hard you chase your clients, there are always a few who leave it till the last few weeks to bring in their tax return information. Over the last few years, we have streamlined our tax return process and educated most of our clients so that January's are not as stressful as they used to be. A part of this process includes delaying essential work and meetings until February.

So, it was with some reluctance that I agreed to meet with a potential client in the middle of January, but he sounded desperate on the phone. The client, who we’ll call Jim, had completed his own self-assessment return for many years and had never sought professional advice. It was clear that Jim was an intelligent guy but, like most people, his knowledge of tax is limited. Over the years he had claimed more and more in the way of expenses to the point that they had eventually been challenged by HMRC. On the day of the meeting, Jim arrived bang on time, suitably masked up, and we had a meeting in our Covid-safe offices.

I looked at the opening letter from HMRC and could not help but smile.

It was an Inspector that I’d had a good-natured scrap with for around 18 months that had settled a few months earlier. That case was similar to Jim’s as the client had not fully declared all his income over the years and had been over-generous in claiming self-employed business expenses. There was an additional twist in that HMRC thought he had several properties and were asking all manner of questions about rental income and mortgages.

For the taxpayer, an HMRC enquiry can be a time-consuming stressful business. For the experienced practitioner, it is less so, only because we have seen it all before. That isn’t to say that we don’t recognise how stressful it is for the client and the good practitioners will provide emotional support to the client as well as dealing with HMRC. But for the most part, an HMRC enquiry is like a game of chess with standard openings and responses. The trick is to get through the opening and middle game without conceding too much ground and to enter the endgame with your case intact and every chance for a decent result.

I thought back briefly to the female Inspector that had dealt with the case. I must admit I liked her and the way she dealt with things. There was something of a no-nonsense northern approach that was quite compelling, even when we were jousting and trying to pull holes in each other's arguments. The case had been a whirlwind ride with some high-handed actions from HMRC and accusations about properties that would later prove groundless, but we eventually got to the truth about the properties, and we found some conciliatory middle ground to settle. In our parting phone call, I had joked that if we had another case together, we should cut out all the correspondence and go straight into the horse-trading. She had laughed and wished me well.

Back to the present day and Jim decided to appoint me and my firm to help him through the minefield with HMRC. I gave him the best and worst-case scenario for tax interest and penalties together with the approach I know will get us the best results. After Jim had signed the letter of engagement and HMRC agent authority I gleefully made the call to my Inspector friend that afternoon.

“Not you again...” she said and laughed after I told her we would be doing battle again. I doubt this case will take more than a few months to put to bed. The Inspector has raised some good points in her letter, but I know she is a fair-minded and reasonable person. She also knows that our firm is more than prepared to dig in for a fight if we must, so I doubt that either of us will have any problems reaching an agreement in this case.

If there are any morals to the story, I would say that taxpayers who complete their tax returns without checking what expenses are allowable for tax, run a risk that HMRC might challenge what they’re claiming. The second is more for the practitioners out there in saying that it doesn’t hurt to have a good tussle with HMRC once in a while, simply because you earn a reputation that you can rely on later.