Tax From The Trenches: Richard’s Face Was An Absolute Picture

Tax From The Trenches: Richard’s Face Was An Absolute Picture 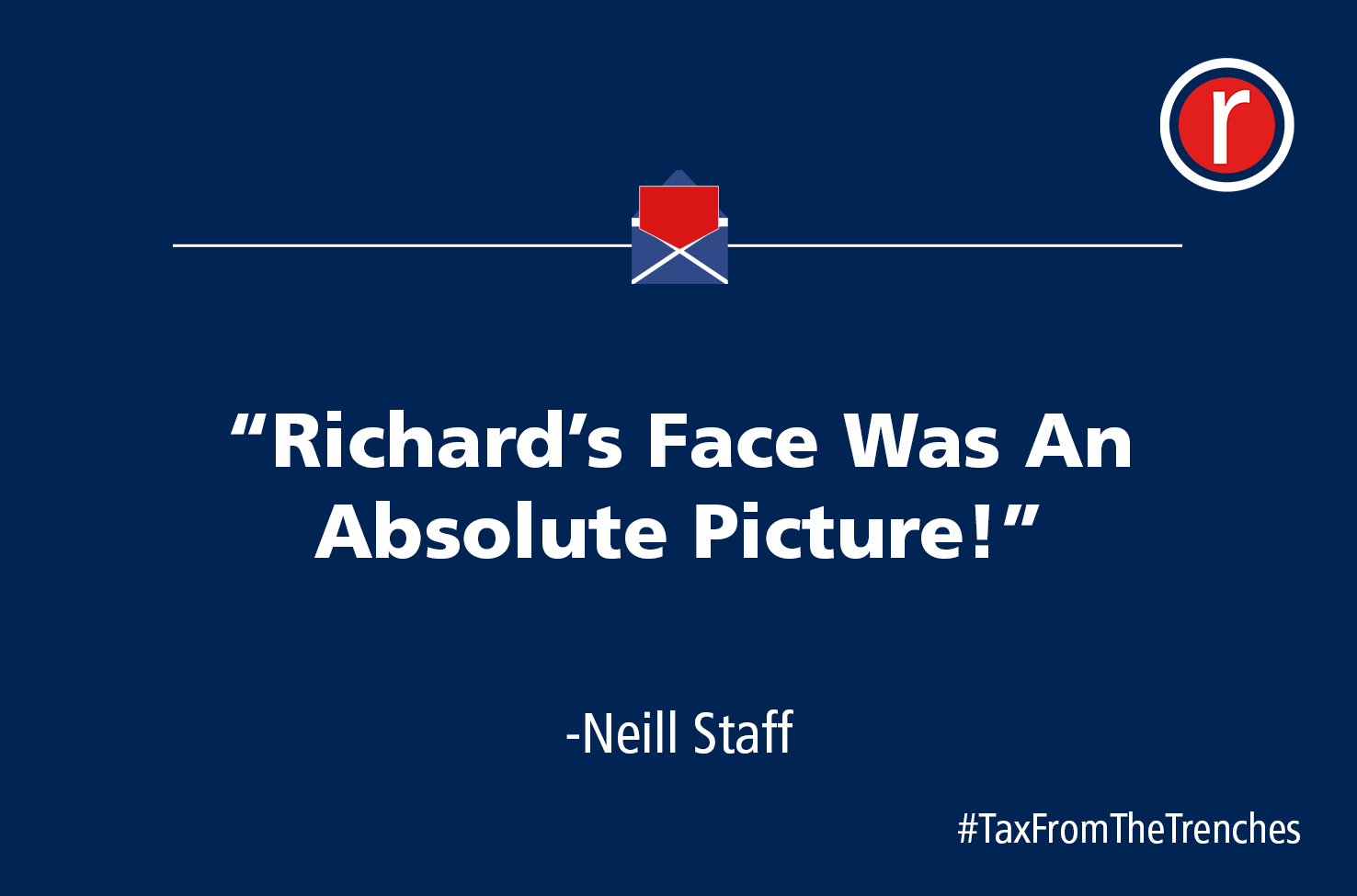 Last month I found myself driving into the wilds of Essex to meet with a new client who we’ll call Richard. He had recently joined Raffingers and the relationship partner had mentioned to me that that he thought the company might be carrying out R&D. I’d spoken to Richard on the phone. He was a lovely, slightly eccentric chap, who explained that the company was a precision engineering business. He had heard a little about research and development, but his previous accountant had told him he didn’t qualify so he hadn’t thought much more about it.

It was a conversation I have had many times with company directors, who are very good at running their business and look to innovate and improve but don’t necessarily see that what they are doing might have an element of R&D to it. From our short conversation on the phone, I felt pretty sure that there were some qualifying activities and projects and was certainly more than happy to invest half a day to go and speak with Richard about it.

It was one of those wonderful meetings where you find that the client is a genuinely nice person, and you warm to them immediately. Richard was understandably proud of everything he had achieved in the business over many years and took great pleasure showing me around the offices and the factory with everyone suitable masked-up and covid-safe. He had a word, or a joke, for everyone that we passed, and I could sense just what a popular guy he was. During our walk around, he explained to me that the only reason he had looked for a new accountant was that he’d seen a lot of our marketing material and blogs and had been particularly impressed with the help that Raffingers had given people throughout the Covid period.

We approached an area where three guys were working intently on various lathes and mills. Richard picked up some plans and drawings and explained that a customer had approached them to design a specific jig to act as an upgrade in the customers manufacturing process. The designs and plans on the table had all been drawn up by Richard and his technical team and they were well on the way to finishing the second prototype. The customer had provided the outline of what they wanted the jig to do and had left Richard and his team to come up with a finished product that worked.

“Wouldn’t you consider what you’re doing to be R&D?” I said, knowing perfectly well that it was. Richard looked confused, “But that’s what we do” he replied. The more I spoke with Richard and his team, the more I realised that they had built up a formidable reputation as a business that consistently delivers innovative solutions to problems. The company order book was full of work over several years that was pure research and development.

This leads nicely to the point of this blog, in that there are so many directors that I have spoken to over the years who look at their day-to-day innovation work as being nothing more than making things better or improving existing products and processes. Admittedly not everything done by every company qualifies as an R&D activity, and it does take a specialist to speak candidly to the director to establish what exactly takes place. After that, it is a case of identifying the qualifying expenditure and starting the process of making a claim.

After the guided tour we eventually ended up back in Richard’s office having a coffee and biscuits, and I broke the news that the company were clearly carrying out qualifying R&D activities and that a claim should be possible for the accounting year just gone and the year before that. Richard seemed surprised was delighted nonetheless. We ran through the nature of the costs that can be claimed and I provided an overview of the claims process and how, in this case, the claim should result in a repayment of corporation tax together with a substantial saving to the corporation tax bill that would become due later in the year. Richard’s face was an absolute picture!

My advice to anyone in a similar position who thinks there may be R&D in their business but just isn’t sure is to get a professional to come and see you to check. Any decent R&D firm or specialist accountants won’t charge you for this, and it really is in your best interest as thousands of pounds of tax savings could be at stake. If your firm is in London or Home Counties, then feel free to ring or email me. I’d be delighted to come out and see you, although some coffee and a few decent biscuits would be appreciated!