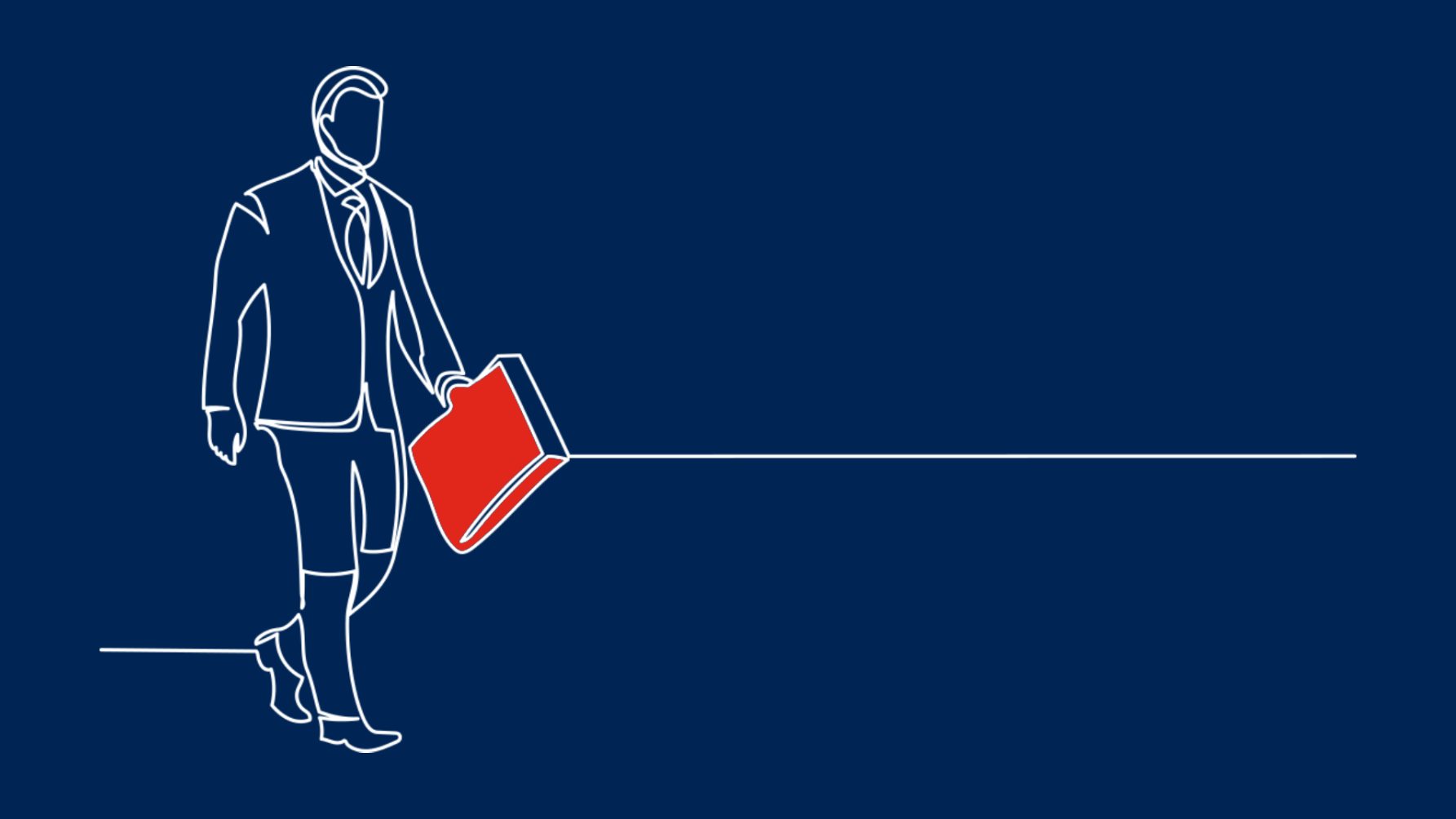 Wednesday’s autumn budget speech by chancellor Rishi Sunak was his second in six months, the previous budget having been delayed until March 2021. With the country desperate for a rebound after enduring the lockdowns of the pandemic and millions of workers returning to their offices many had been hoping for initiatives to encourage growth and stimulate the economy. On the other hand, the future is still uncertain, with the onset of winter bringing potential increases in covid levels and businesses facing supply and staff shortages. The chancellor chose to present what many felt was a dull budget that lacked significant announcements. There were, however signs that he was prepared to rewrite areas of the legislation which he felt were not fit for purpose and his message was upbeat, setting out a budget which lays the groundwork for “a new economy post-Covid”.

The office of budgetary control (OBR) has downgraded its expectations of the scale of long-term damage to the British economy from the covid pandemic. In addition, borrowing is lower than originally forecast. This gives the chancellor a potential extra £25 billion every year to spend – and he was keen to emphasise the over £20bn of investments the government would be making including,

Looking past the ‘big’ numbers, there were a number of announcements which will impact families and businesses, and we have picked out some of the key measures which are of interest:

Rise in the National Minimum Wage to £9.50 per hour

In a related move, public sector workers who suffered a "temporary pause" in salary progression, introduced last November as a response to the pandemic, are set to see their wages rise next year.

After being criticized for canceling the £20 a week increase in Universal Credit, the government is introducing reforms which will make it easier to return to work.  The taper rate at which UC are reduced for every pound earned above the “work allowance” level, will be reduced from 63p to 55p. It is suggested that this move will benefit two million claimants. However, those who are not working or whose earnings are below the base level will not benefit.

The chancellor has already made supporting the NHS a priority. In September the government announced a 1.25% rise in National Insurance contributions as well as Health and Social Care levy which is explained in more detail in our blog.

An estimated 1.2 million individuals could benefit by an average of £53 a year under a proposed system to make top-up payments for contributions made in 2024-25 onwards directly to low-earning individuals saving in a pension scheme.

the Recovery Loan Scheme will also be extended until 30 June 2022 to ensure that lenders continue to have the confidence to lend to small and medium-sized businesses.

Finance will be available up to a maximum of £2m per business, supporting them to recover from the impact of the pandemic and to grow. The government guarantee will be reduced from 80% to 70% to encourage the lending market to move towards normality as the economy continues to recover.

Yet again, amidst surging fuel prices, the planned rise in fuel duty will not be implemented. In addition, in a bid to support the haulage industry, vehicle excise duty for HGVs will be frozen until April 2023, the HGV road user levy will be suspended for 12 months from August 2022 and £32.5m will be invested in roadside facilities for HGV drivers on the road.

Separately, the government will uprate road tax rates for cars, vans, and motorcycles in line with the retail prices index (RPI) from 1 April 2022.

The proposed increase in duty rates for beer, cider, wine, and spirits will be cancelled. Instead, in February 2023, a simplified duty system for alcohol will be introduced under which drinks will be taxed on their alcohol content with a standardised set of bands. The government will also introduce new rates for low-strength drinks below 3.5% to encourage manufacturers to develop new products at a lower alcohol rate.

The government is freezing the business rates multiplier in 2022-23. This will support all ratepayers and will mean that bills will be 3% lower than without the freeze.

From 2023, a new business rates relief will support investment in property improvements so that no business will face higher business rates bills for 12 months after making qualifying improvements to a property they occupy. This will enable businesses to make improvements to their premises that support net zero targets, such as installing solar panels, and enhance productivity as employees return to the workplace.

The government will also introduce exemptions for eligible plant and machinery used in onsite renewable energy generation and storage, and a new 100% relief for eligible heat networks, to support the decarbonisation of buildings.

From April 2023 research and development (R&D) tax relief will be refocused onto UK based businesses The Chancellor stated that although the UK has the second-highest R&D relief spending in the world, it is not working. Changes would be introduced to expand the tax relief to cover cloud computing and data R&D and to limit it to activity within the UK.

The annual limit for expenditure on which businesses could claim the 100% Annual Investment Allowance (AIA) on qualifying capital expenditure had been temporarily increased to £1m and was set to be reduced to £200,000. The period has been extended to 31st March 2023.

This makes the 1st April 2023 a significant date for companies. In addition to the reduction in the AIA level, it is also the date from which the Super Deduction of 130% on qualifying capital expenditure ends and the date from which corporation tax rates are increased to 25%.

Surcharge on bank profits to be cut from 8% to 3%

The banking surcharge was introduced by George Osborne in 2015 in order to ensure a fair contribution from the banking industry. At the time he scaled back on a separate levy on lenders’ Balance Sheets and reduced corporation tax. With corporation tax rates increasing to 25%, and against the background of concerns from the banking sector, who have seen business move to other European financial centres, that London was losing its competitiveness, Rishi Sunak felt that in the levy should be reduced.

In what is the biggest single-year cut to business rates in 30 years, over 90% of retail, hospitality and leisure businesses will receive at least 50% off their business rates bills in 2022-23.

To support local high streets as they adapt and recover from the pandemic, the government is introducing a new temporary business rates relief in England for eligible retail, hospitality and leisure properties for 2022-23. This will make up to 400,000 retail, hospitality and leisure properties eligible for the new, temporary £1.7bn of business rates relief next year.

Following on from a recommendation by the Office of Tax Simplification, from midnight on 27th October 2021 the period in which to report and pay Capital Gains Tax on the disposal of UK residential property will be extended from 30 days to 60 days from completion.

This will also apply to non-UK residents disposing of property in the UK.

When mixed-use property is disposed of by UK residents, legislation will also clarify that the 60-day payment window will only apply to the residential element of the property gain.

In order to ensure that the largest developers make a fair contribution to help pay for building safety remediation, it was confirmed that a residential property developer tax will apply from April 2022. The tax will be levied on the profits that companies and corporate groups derive from UK residential property development and will be charged at 4% on profits exceeding an annual allowance of £25m. Our thoughts on the cladding tax are detailed here.

In a Brexit-related move, reforms are being introduced which aim to see more shipping companies basing their headquarters in the UK.

As part of these reforms, the government will remove any requirement for ships in the UK Tonnage Tax regime to fly the flag of any EU country now the UK has left the EU, and instead focus on boosting the use of the UK flag when determining which companies can participate in the regime. This will make it easier for shipping companies to participate in the tonnage tax regime by reducing the lock-in period from 10 years to eight years to align more closely with shipping cycles.

Many anticipated a strong emphasis on green taxes ahead of the COP26 summit. Whilst the freeze in fuel duty may not have been in the spirit of the government’s environmental objectives, changes were announced to air passenger duty.

From 1 April 2023 a new domestic band, covering flights within the UK, and a new ultra-long-haul band, covering destinations with capitals located more than 5,500 miles from London will be introduced.

If you would like to discuss any elements of the Autumn Budget, or would like more information on how these changes will affect your business, please get in touch with me at yedidya.zaiden@raffingers.co.uk or click here to get in touch.